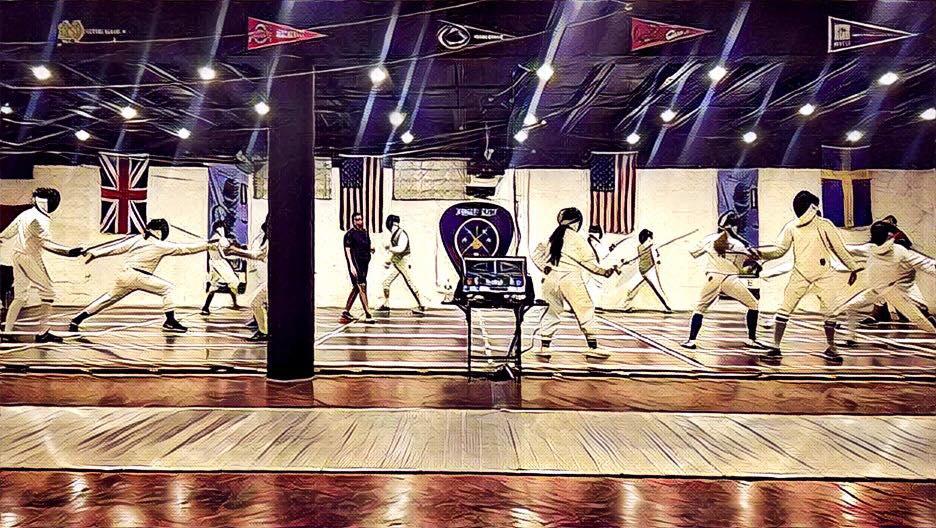 Our summer fencing camps introduce young people to the many benefits of this Olympic sport. Beyond the fitness benefits, fencing promotes intellectual development, decision making skills, self discipline, and confidence; all taught in a safe, supportive environment. There is always something new to learn at fencing camp, since each session has a different mix of students and abilities. Students are welcome and encouraged to sign-up for multiple weeks of camp.
Click here for more information about this activity

The coaches at Music City Fencing Club have successfully trained dozens of youth fencers who have gone on to fence at prestigious institutions such as Cornell, UPenn, Brown, Northwestern, Stanford, and Brandeis to name a few.  MCFC has produced fencers who compete at the local, regional and national levels.  All camp coaches, including guest coaches, are approved by the United States Fencing Association, and have completed an approved background check and SafeSport Course by the US Olympic Committee.

All fencing camps take place at Music City Fencing Club, a dedicated fencing facility located minutes from Downtown Nashville and the Nashville International Airport.  The club offers instruction through classes, camps, workshops, and individual lessons. Fencers of all ages are welcome, and members range from recreational fencers to fencers who compete in local, regional, and national tournaments.  Music City Fencing Club promotes excellence, sportsmanship, and safety in a friendly environment.

*Times, dates, and prices of any activity posted to our calendars are subject to change. Please be sure to click through directly to the organization’s website to verify.